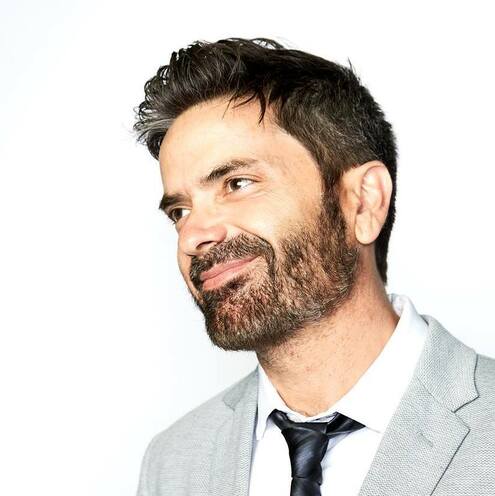 Monday-Friday 6-10PM​
Brant Hansen has no idea what he’s doing.
He keeps showing up, and people keep asking him to do stuff, and he keeps saying yes.
Except when he has to say no, and then he feels kinda guilty about it.

He has ideas, and sometimes they leak out on paper or over the airwaves, and people read them, or hear them, and then look at him funny.

He likes toast so much that he can’t really allow himself to eat it anymore. He used to eat a loaf of burnt, dry toast every morning to start the day. He has had to back off. He realizes he has a problem.

He doesn’t want to brag about it or anything, but he was PRESIDENT of the Illinois Student Librarians Association. He was also All-Conference in “Scholastic Bowl”, and lettered in basketball and football (both for keeping statistics) and was President of his own Stamp Collector Club, which consisted of himself.
Brant always looks inappropriately intense. He can’t help it.